Only 41 minutes from Manly 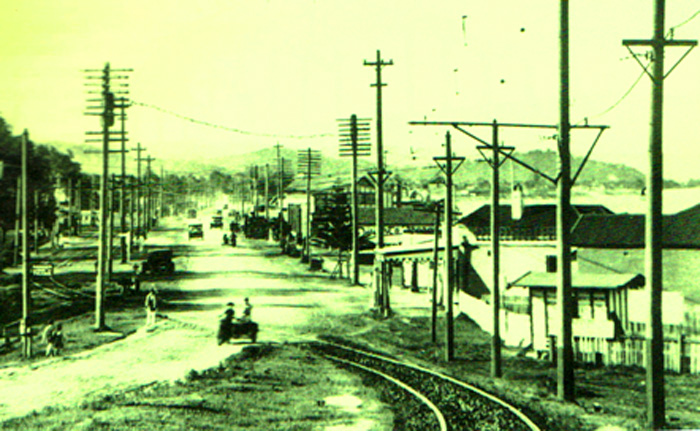 In August 1912, the electric tramway from Manly extended from Brookvale to Dee Why, Long Reef and Collaroy. Taking only 41 minutes Collaroy was within easy reach for day trippers from the city. The tram also greatly increased the attractiveness of the area to those seeking to secure holiday homes. Families would sit under the trees below Pittwater Road, picnic, walk and fish around Long Reef.

Coinciding with the opening of the tramline, the Salvation Army released for subdivision the area to the south of the beach around what was known as Jenkins Cove, now known as ”The Basin”. The area also became popularly known as “Fishermen’s Beach” but, entrenching the name “Collaroy”, originally known a “Collaroy Park”. In 1928 the Salvation Army released The Basin for further subdivision and the State Government resumed the Long Reef headland dedicating it as public space. Griffith Park was named after the Minister of Works who secured the land.

By 1939, the tram made the trip from Manly to Collaroy in 31 minutes and made 54 trips on weekdays and 58 on Saturdays. Sunday morning on the 1 October at 1.23 am saw the last tram – Car 831. The service was replaced by white buses. During the Second World War the closing of the tramline was more significant to locals than the war.