Before European settlement the Long Reef area was most likely a complex ecosystem of lagoons, wetlands, coastal heath/grasslands, sand dunes and open Banksia woodlands. Long Reef headland was an early farm (see the Early Farming page) – stock grazed on the upper part of the headland up until 1920 when council then leased part of it to Long Reef Golf Club to form a golf course. Native grasslands of south-eastern Australia are now less than 10,000 hectares – a 99 per cent loss of original grassland vegetation since European settlement a mere 200 years ago.

Grasslands are more than just grass – much more! Grasslands are the ecosystems that form and around the dominant vegetation type, which, in this case, happens to be grass. Just as a eucalypt forest is much more than gum trees, a native grassland is much more than just native grass. Think of grasslands as forests with the grass plants as trees. In a healthy native grassland you’ll find a rich profusion of other plants and animals in and around the grass. Some of the plant includes daisies, lilies, orchids, buttercups and sundews, while the animals range from an almost endless variety of insects through to reptiles, amphibians and small mammals.

Grasslands are a key habitat for birds of prey. A common misconception held by many people is that a natural landscape requires a good covering of trees, but for large areas of Australia, the original cover was grassland! So, grasslands form an important part of Australia’s natural heritage. As an ecosystem, grasslands also provide us with possibly our strongest cultural link to the traditional Aboriginal lifestyles before European settlement. 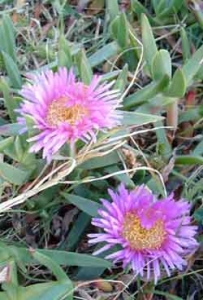 In the basin of grassland in the sand dunes behind Long Reef beach many flowering natives can be found. Remnant bushes of Leucopogon (below), commonly known as Coastal Beard Heath has a white fleshy fruit and is surrounded by tufted Isolepis and Lomandras Swordgrass. 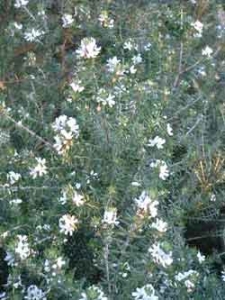 The sand dunes behind Long reef beach are a Natural habitat for New South Wales Dune plants. The photo at right shows well separated bushes ofLeucopogon a once common native of the NSW coastline. The open spaces are interspersed with semi-succulent plants and grasses. All of these plants survive on a minimum of water in this sandy soil. Most have extensive root systems which penetrate down into the water table below the dunes. This is also a natural habitat for Superb Fairy Wrens and other grassland birds.