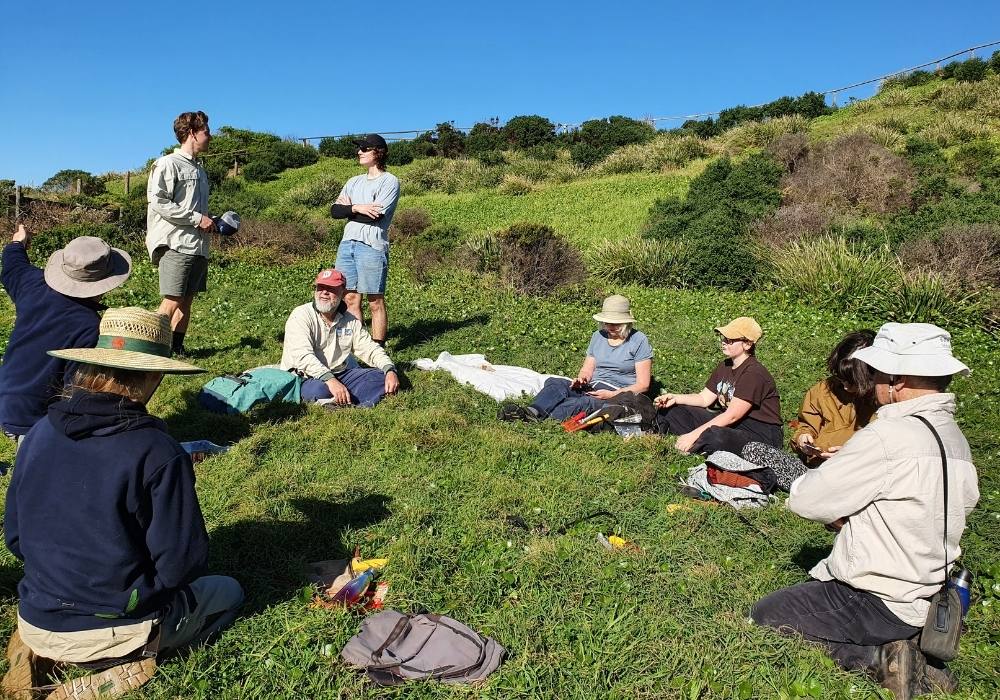 John has an on-going shoulder problem so didn’t work on the midden area, instead targeting his (and my) weed of hate….Burr Medic. That will keep John entertained for some time; I’ve been trying to get Council to spray this for about 20 years, as we cannot keep up with this nasty weed. John, you now have a job for the next 20 years is my guess! 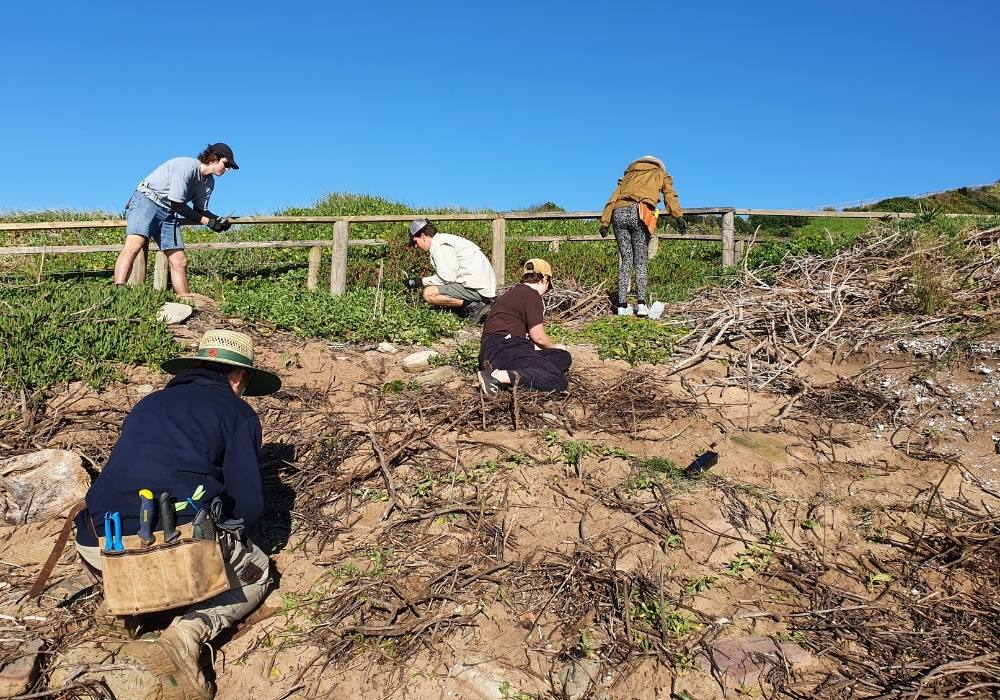 Some of the group working around the midden

After this the group divided with Des, Brad, Merrilyn and Gen moving to their loved western area where there was a mountain of Blackberry nightshade, Ehrharta and Merrilyn finding lots of asparagus fern. This group took the rest of the tube stock with the balance of the Carpobrotus, 6 x Canavalia and one lonely banksia! 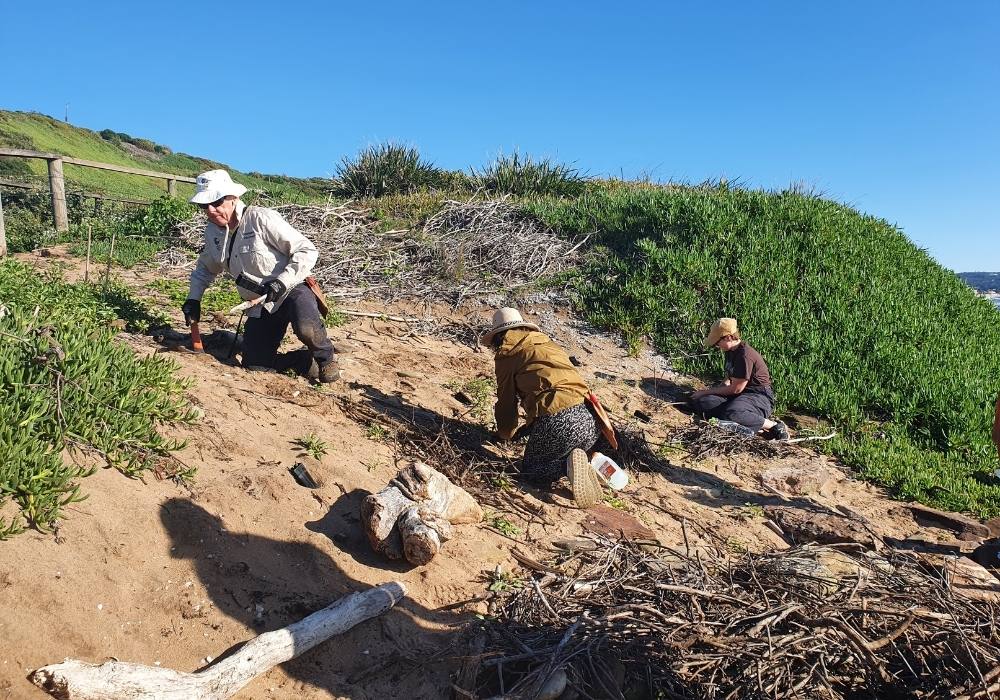 Joanna, Rohan, Alex and Lisa worked on removing Kikuyu and Buffalo grass from around the Lomandra on the flat northern rim of our site, whilst Ivana worked around the track area where we work every month for a short while on the Asthma weed and Bidens – it is working, as there is less and less of these two weeks in this area each month.

We met for morning tea at 10:30 and were blessed with carrot cake and vanilla slice which our Dragonfly Environmental Supervisor for the day – Joanna, kindly provided. There was much excitement within the group. Joanna also did a great ‘Show and Tell’ for the group on how to tell the difference between Kikuyu, Buffalo and Ehrharta. This was much needed so that working on removing these weeds from the Lomandra, that there was no Themeda removed due to lack of grass identification. The group were really interested in this – so many thanks for sharing your knowledge to make the identification easier. Des also talked a little about his long weekend at Boorowa (which North Sydney Council together with Land Care arrange each year) planting natives on farms in the area – Des has done this long weekend for many years – Maria from the group also attended. 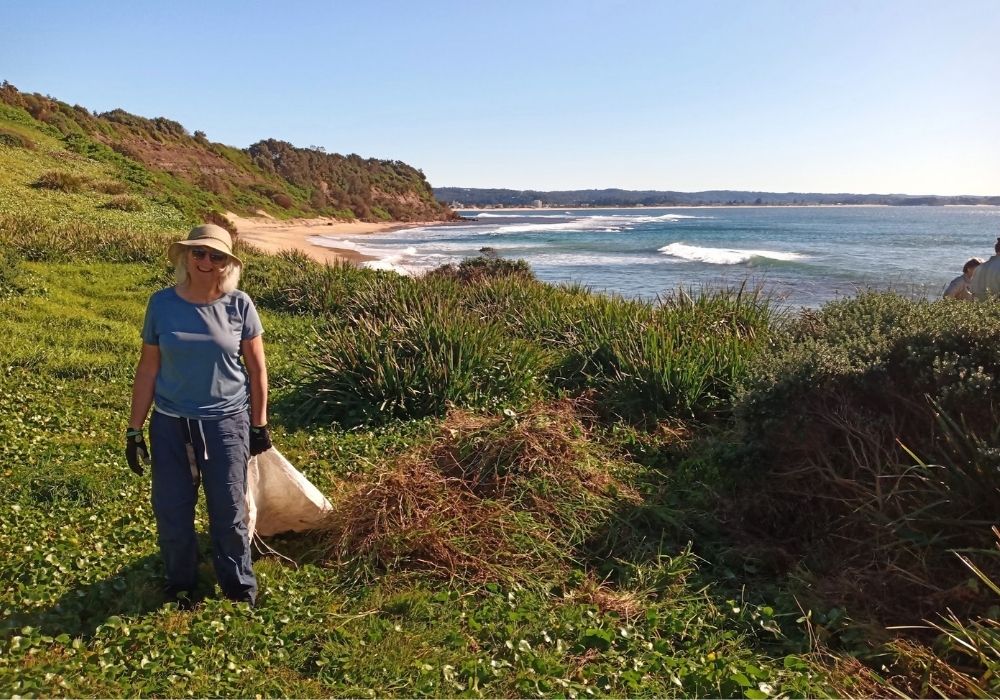 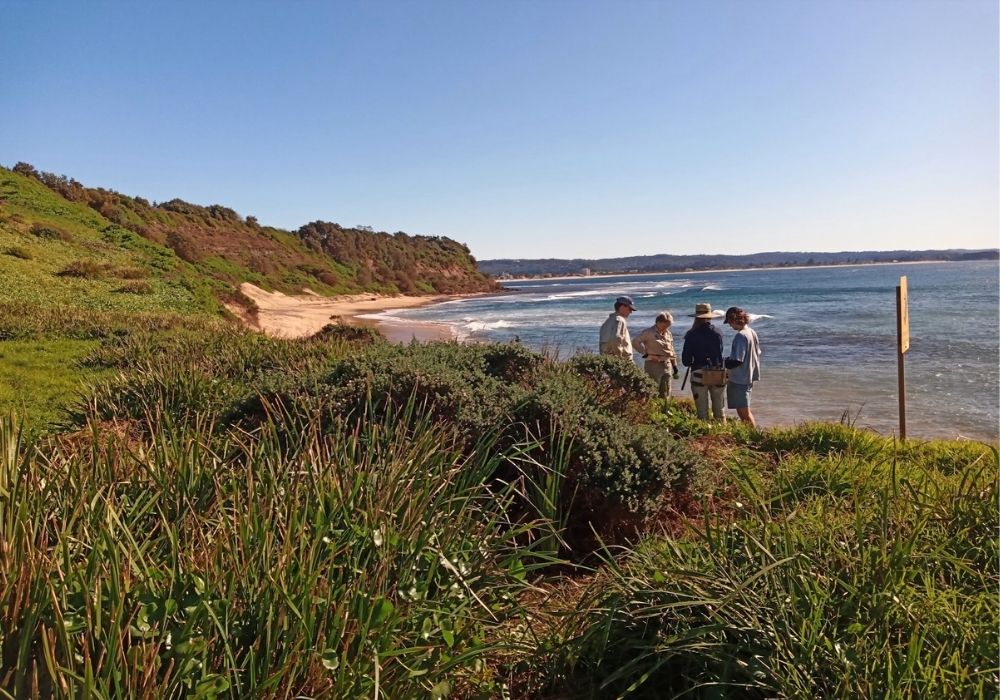 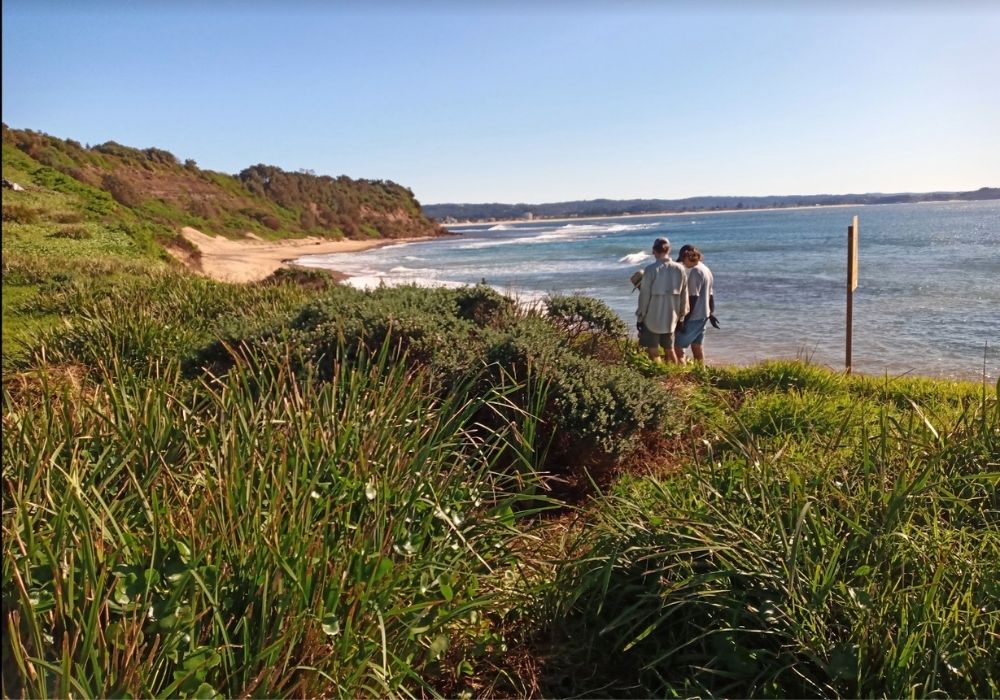 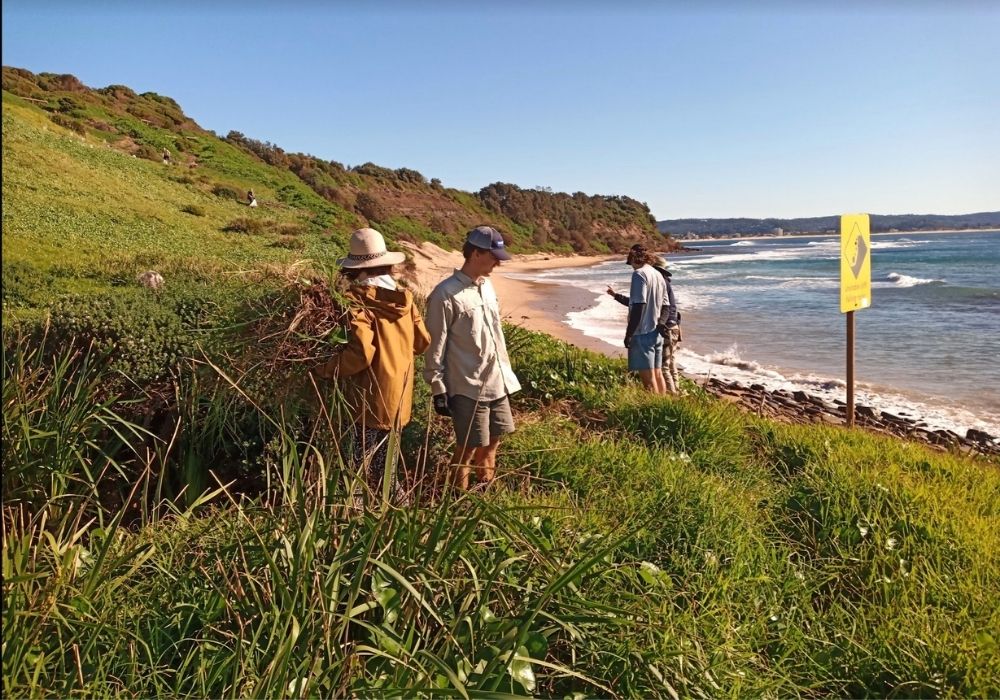 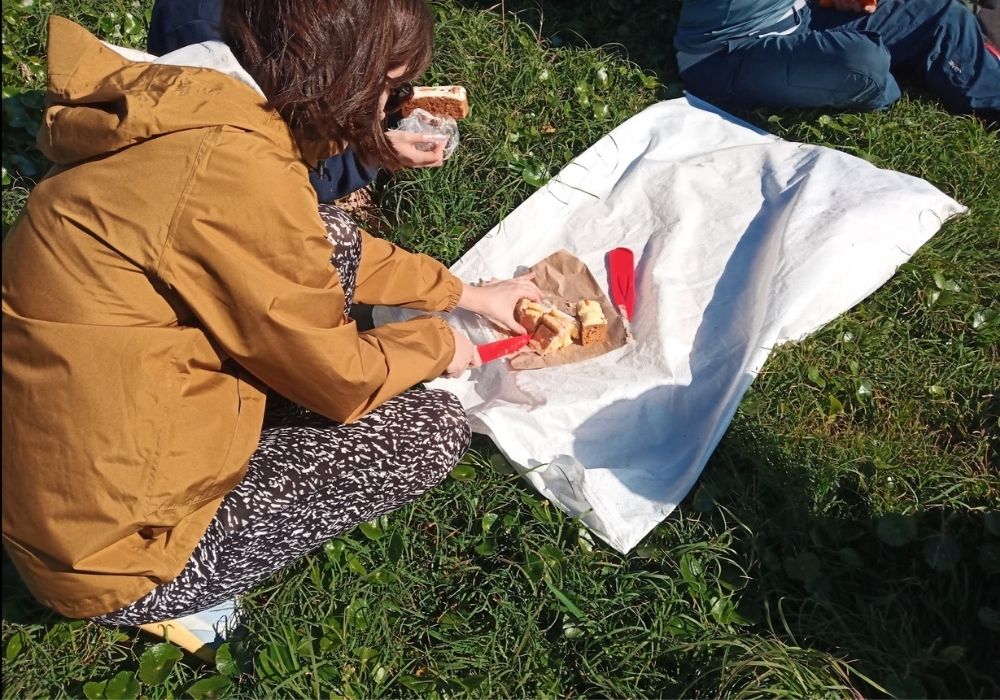 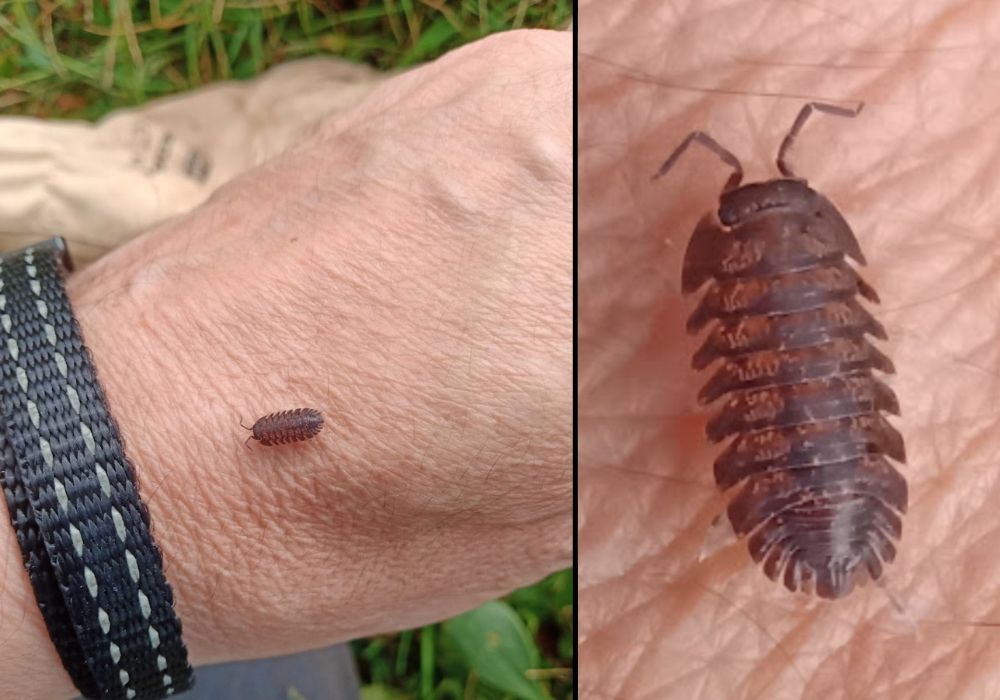 After morning tea each person went back to continue working in the area they were before morning tea, except Ivana after some time came over to remove Kikuyu and Buffalo from off the Lomandra. There was such a huge pile of grass, we filled the four bags we had to take up the top, but unfortunately, still left quite a pile. Hopefully when we get there next month, the pile will be half the size, but we will still have an issue of where to put all the weed when we work in this area next month. 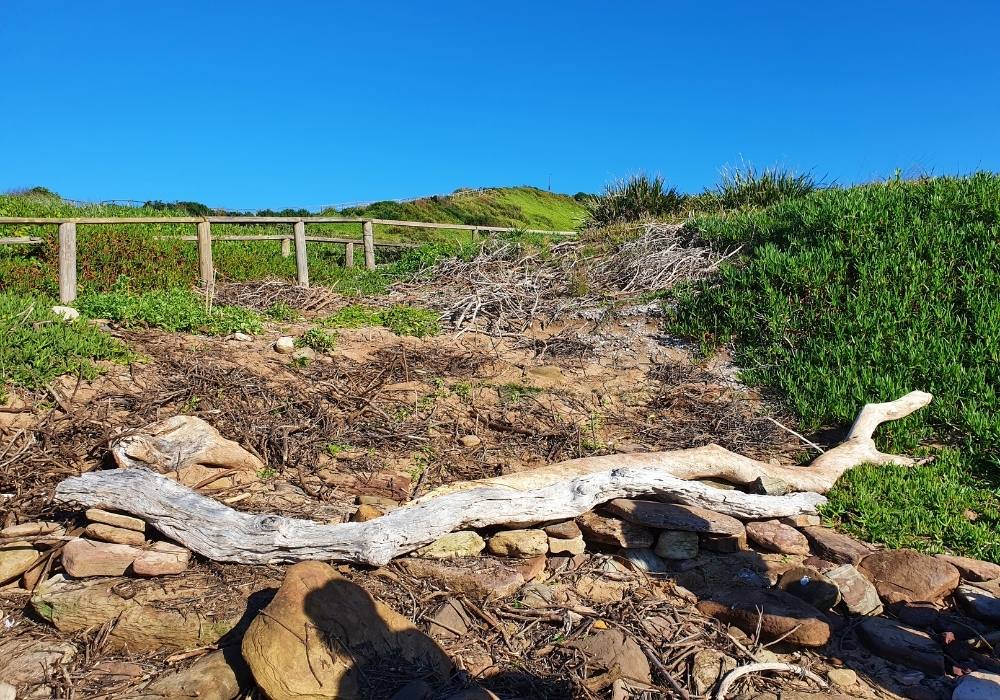 Images:
1. Morning Tea
2 & 3. Some of the group working around the midden with planting
4. The end result with the log and stones protecting these two dune areas