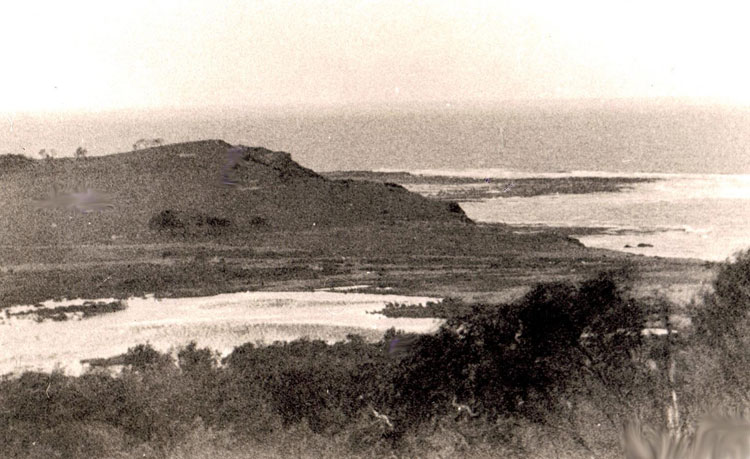 Walking around Dee Why lagoon northern end I found four or five of the lively little Dotterels running along the edge of the water in search of marine insects. They kept in front of me until they reached the head of the water, then flew back behind me, and continued their search along the water’s edge. Leaving the lagoon and walking across the sand hills to Long Reef headland, I passed dozens of ground larks foraging amongst the grass. Between the cliffs and the road there is a swamp, which will bear investigation. It’s grassy surroundings reed and rush lined margins, should in springtime be the haunt and breeding-ground of the reed and grass warblers, and the rarer grass warbler. In the honeysuckle trees surrounding the swamp hundreds of honey-eaters, the New Holland, yellow-tufted, white-eared, and others, including the spine billed and tawny crowned, chattered and squabbled.

On the reef beneath the point a reef heron was solemnly stalking in the shallow pools, amongst the rocks in search of food. All the birds were remarkably tame, owing, no doubt, to the fact that they are not molested over much, except at week-ends, when the campers generally include (the) rifle or gun in their equipment, and, in a sportsmanlike (way) creep through the bushes, and shoot the gulls sitting closely together, or wait until evening, when the blue cranes come to roost for the night amongst the trees, and blaze away at them. It is only a matter of weeks now when Narrabeen tram will be running, and Dee-Why will be made more accessible to campers and picnickers, with the inevitable result that the birds will become as wary and as scarce as they are on the other lagoons close to Manly. 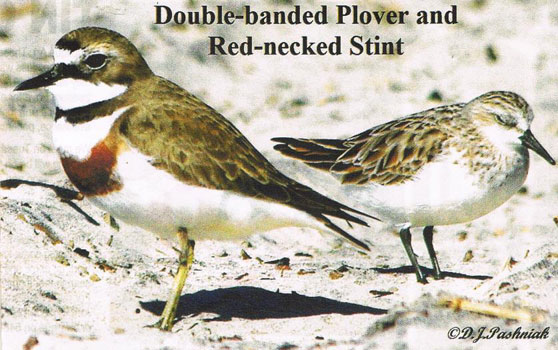