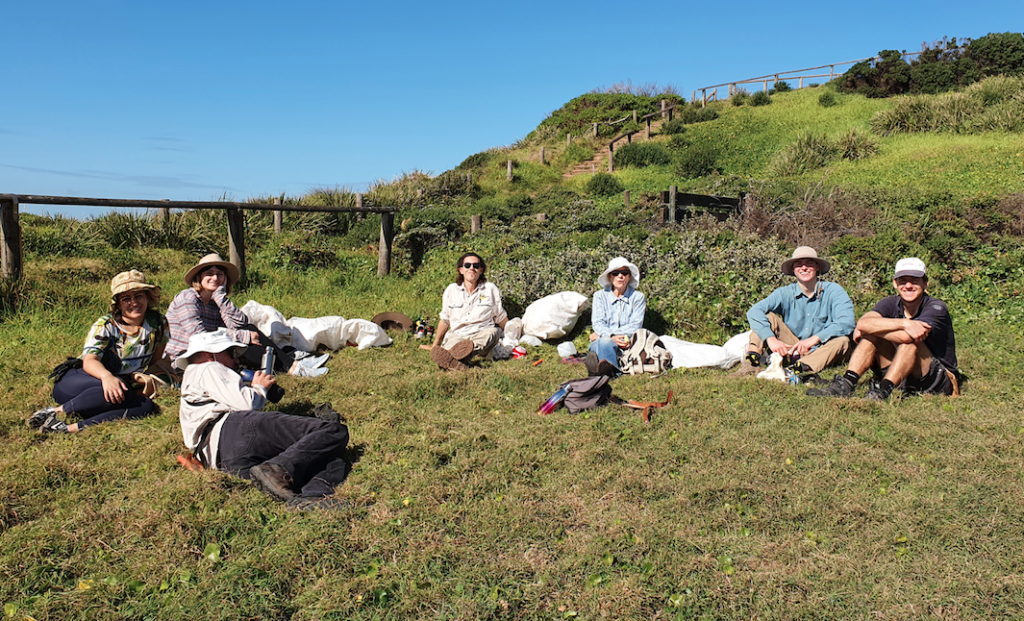 This month we had a new Supervisor Matt from Toolijoona – as our usual supervisor Claire Cashel from Dragonfly Environmental,  was on rest having sprained her back, – but Matt Ziegler was great step in, having worked close to this area weeding around the pathways of Long Reef to Dee Why, so was familiar with our native plants and weeds and what the local weed issues were.

Before Morning tea, 3 of the team, Des, Alex and Rohan (his first working bee with Reefcare) as it happens we Rohan and I are both members of the Northern Beaches Branch of The Wilderness Society – worked on the high western slope removing Bitou as we continue to move west across the slope.  The plants from last month look like they have an 80% survival rate which is really great; it’s such an exposed area.

Two of our group, Ivana and Donya worked on Bidens, Burrmedic and Asthma weed just on the western side of the track (we have worked here at this site for the last 4 months – hopefully we will get there and have no weeds)  whilst myself with Elaine worked on the eastern dunes adding mulch to last month’s plantings, watering and then getting rid of the non-native pigs face in areas where we had good ground cover of spinifex, native geranium, Isopolis and Lomandra. Matt worked on the eastern dune area for awhile and then went up the western slope with the Bitou clearers. 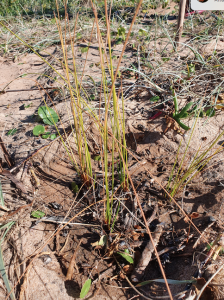 We have a lovely break at morning tea as it was a nice temperature and sunny – so nice to get together and just chat.

After morning tea – Des went up the western slope to continue attacking the bitou, whilst Alex and Rohan attack the Bitou on the northern eastern side – Alex was very keen to work there having started last month in the area and was very keen to finish – which he did!  Well done Alex and Rohan.  I could see they were pretty pumped with completing this job!  That’s so great – it’s what Bush regeneration is about, seeing results for one’s effort.

Lisa, Elaine and Donya started on the eastern side and moved south as we removed pigs face off our natives, then burr medic, thistles, ehrharta erecta.

Des went back up the western slope whilst Alex and Rohan completed the removal of the Bitou at the end of the track to the point. 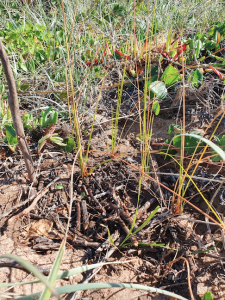 With all the water that was brought we were able to water all the plants that we planted last month.  There is only around 20% loss up the top – which is good for this exposed site, but there was 100% survival of all the plants we planted on the eastern side of the site.   The big wells, mulch certainly help to increase the survival rate.