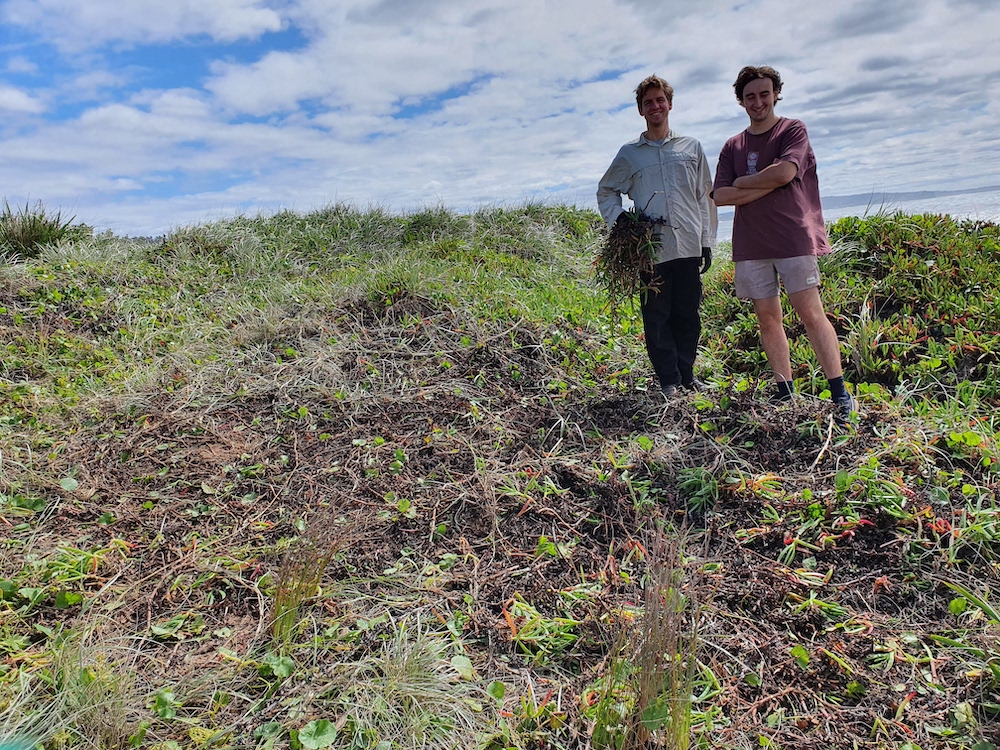 Despite having a week of non-stop rain, like last month we were lucky and go in our full 3 hours of work – not only that, we had morning tea in sunshine. The waves were massive and we were all in awe of their size, power, strength and stunned at the damage that they were doing to the coastline and our site – which is now several metres smaller in a number of areas.

There were eight of us with three (Brad, Alex, Josh and Jarrah) working on removing the non-native pigs face just west of the flat area which was growing over a beautiful stand of Themeda. Des walked the site weeding and looking for his favourite weed – asparagus fern. Three of us (John, Claire and Lisa) weeded just west of the main path targeting Bidens and asthma weed.

After morning tea, we walked around the site to look at the wave damage and picked up two bags of foam which had come in from the waves, and the large pieces we left in a pile, where the Monday litter group put their collection of flotsam and jetsam for the Council to collect. On Monday morning one of our members with the hand of some casual beach uses cleared all the logs and other foliage on the sea side of the path, they did a great job.

After the groups tour of the site and picking up all the foam pieces, we all removed some of the non-native pigs face from the eastern sand dunes where there isan underlying cover of spinifex – which should help this grass establish better in this area.

(above) Photo of Alex and Josh above the area in the eastern dune where we cleared the non-native pig’s face.

Erosion SE Corner – this show the landslip that occured a few weeks ago
on the South East Cliff, where Reefcare lost about 1 to 2 metres of our
site down the cliff. 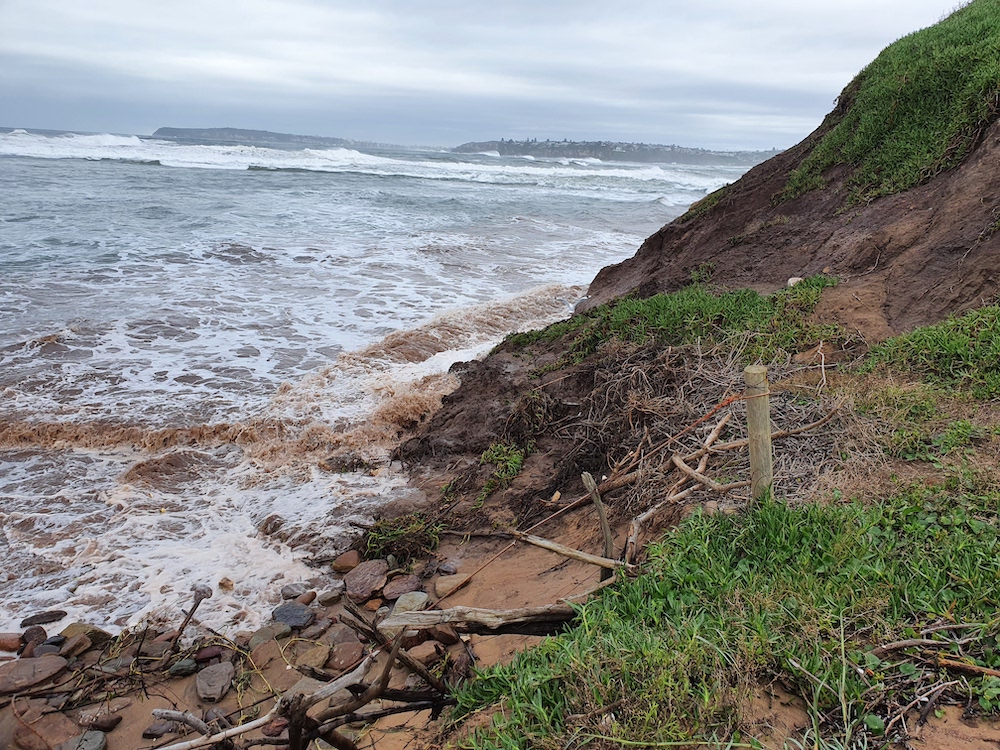 Erosion SE Cliff – this shows the water on Saturday – right up to the
cliff and scouring away the soil from the landslip a few weeks ago. 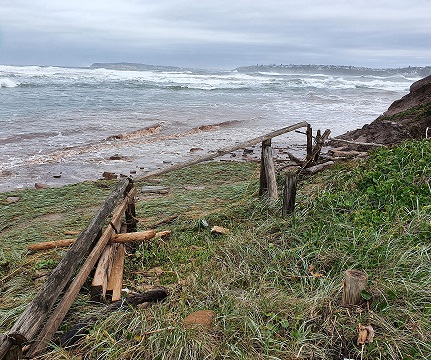 Erosion SE Dune – the waves were so large, that they were coming up and
into the eastern sand dunes. Normally there would around 3 metres of
sand between these dunes and the ocean 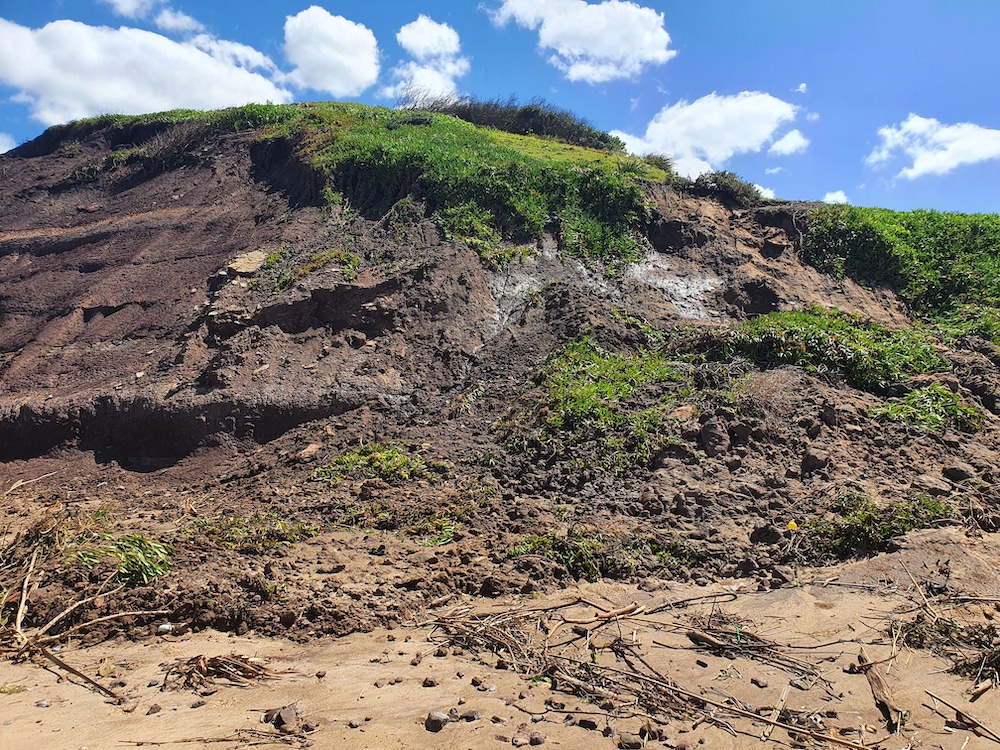 Erosion SE Corner – this show the landslip that occured a few weeks ago
on the South East Cliff, where Reefcare lost about 1 to 2 metres of our
site down the cliff. 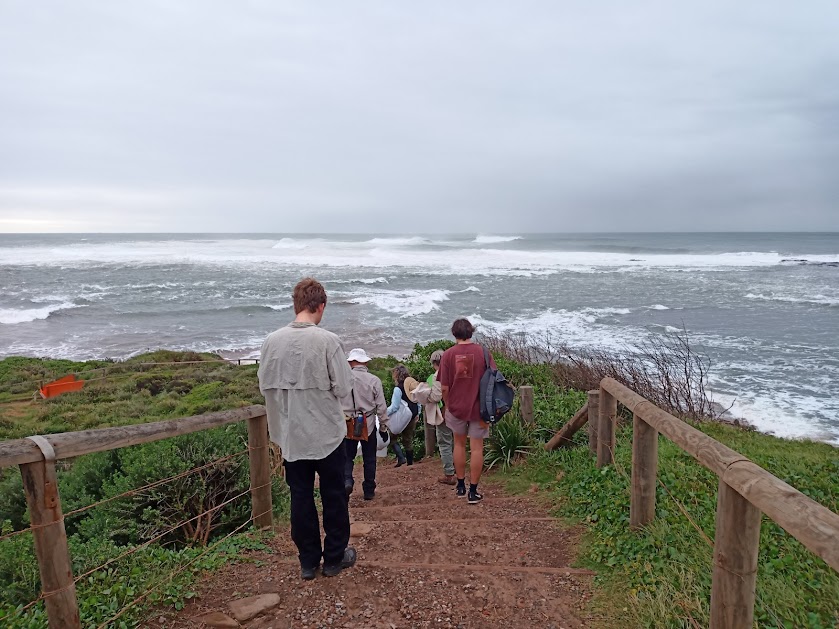 here’s part of the group heading down the track to our work area.
The photo was taken by John Isles 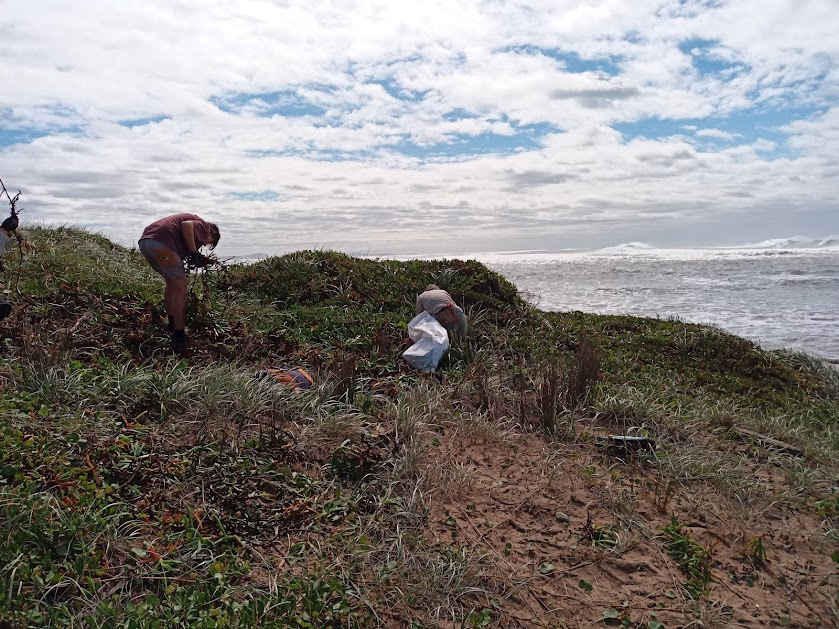 clearing of the non-native pigs face 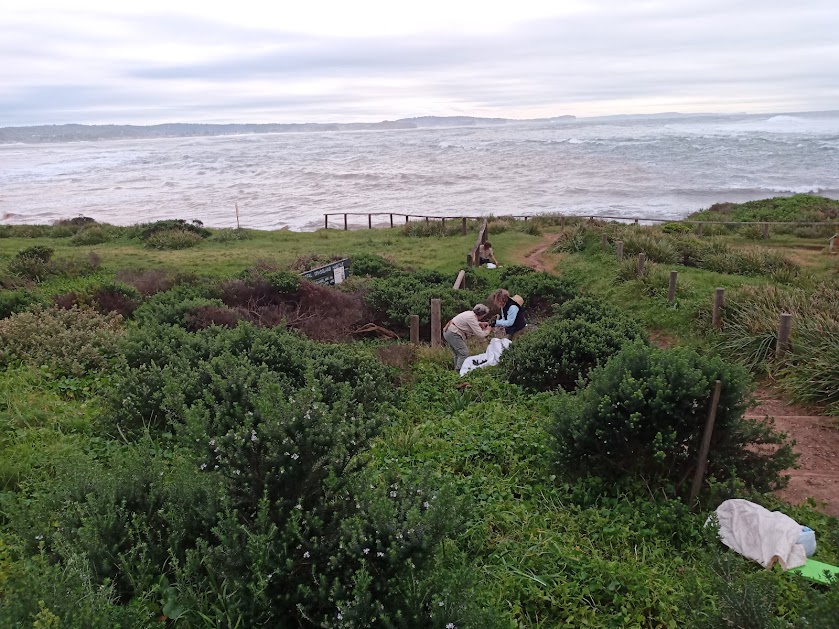 Claire and Lisa weeding for Burr Medic and asthma weed